In a recent council meeting (1st October 2015) of the Regeneration, Housing & Sustainability Select Committee Andrew Barr, a council officer who is the Divisional Manager (Highways & Transportation) gave a statement on the cycle strategy of Liverpool. The minutes of that meeting can be found here.

Our member Ian Downing gave this as his opinion to Andrew Barr’s statement.

“Just some random observations. As ever I don’t really know who all these people are and what Andy Barr’s agenda is but looking at the minutes it was odd to see that he reminded us of the targets behind the cycling agenda (10% of journeys, 45,000 people cycling regularly by this December) but didn’t see the meeting as a suitable venue for informing others of progress towards them (I couldn’t find the RAG analysis in the minutes).”

The RAG (That is Red-Amber-Green Analysis) can be found here. Ian goes on to say:

“I felt that the traffic light detection of cyclists to give them a head start at traffic lights related solely to on road provision which is acceptable (just) for cyclists but the targets relate to encouraging people of all ages and abilities to become bicycle users; that 10 second head start will not be very encouraging for parents deciding whether to allow their ten year old to cycle to school. Perhaps they need to unravel their Cycling Strategy priorities as well as the transport modes.
It was nice to hear about the improvements at the Princes Park Roundabout but as I cycle around it, on the road, I just think of it as a roundabout with wide pavements. I don’t recall a champagne buffet at the Baltic Fleet to celebrate its introduction or even being involved in any consultation (it may have been before my time). The description of it as having “clear benefits for cyclists and road users” says a lot. Andy seems to see the two groups as separate but then specifies very little infrastructure that keeps them that way. It was probably a Freudian omission of the word “other” but it may be that he accepts that cyclists use the road but are somehow different from “road users.”
The last point was a complete mess; “there was a questioning of striking the most appropriate balance between differing road users”; were people questioning if striking a balance was the right thing to do or whether we just spend it all on motorists? If the word intended was “question”, great stuff, but why no description of the balance that had been struck? It then goes on to say “Some locations and key arterial routes by their nature were unsuitable for on-street cycling provision and for which works were being undertaken to parallel routes frequented by cyclists to further enhance these and promote further increases in cycling.” Which translates to “We don’t want to detract from Liverpool being an anachronistic example of a city in which one can drive with relative freedom by narrowing or removing traffic lanes, instead we are going to put signs up on quietways that are of little use or interest to anybody because they don’t take them where they want to go”. Remember Liverpool feels that there is no room for segregated provision on a 17m wide single carriageway (Netherfield Road).
Tom Crones questions were useful and sought to shed some light on the realities of the situation.
I found Tim Beaumont’s comments to be apologist but perhaps they represented his concerns as a cyclist rather than as a councillor trying to institute policies that would encourage people to become bicycle users. In fact I couldn’t see why he felt he needed to disclose his interest as a cyclist in the Declaration of Interests when nobody else had declared themselves as motorists, or perhaps they had all walked there. (is he a motorist as well? if so would that imply that he sees motoring as akin to walking, something everyone does?) He, and others, could perhaps do to understand that supporting policies that would encourage the 95% of the population who do not engage in regular functional bicycling to become regular bicycle users would be to everyone’s advantage, even cyclists! It would be interesting to see how well the make up of the council reflects Liverpool’s car ownership demographic (53%); perhaps councillors should make such declarations whenever transport is discussed. 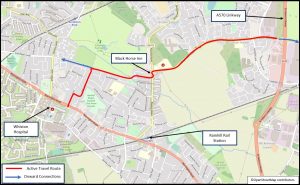 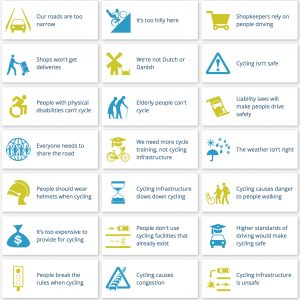 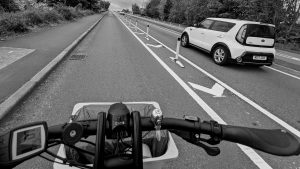 Saturday 18 June 2022 – 9.30amWell… Wirral Council recently completed a fantastic new cycle route on Fender Lane. We want to say ‘thank you’ so we’re planning a group ride to show them that we mean it.Local riders young and old are welcome to join the fun. Please gather from 9.30am. At 10am we will…