There are wide ranging plans to improve traffic flow across the city centre whilst also providing better cycle links and a more appealing environment for pedestrians. These proposals are known collectively as the Liverpool City Centre Connectivity scheme.

Please send any comments to us by 2 August 2017 – Merseysidecyclingcampaign@hotmail.co.uk

To make the waterfront more accessible for pedestrians it is proposed to reduce the number of traffic lanes along the Strand, Goree, Georges Dock Gates, New Quay, King Edward Street, Strand Street, Wapping & Chaloner Street to two lanes in each direction. This reduction will help remove the barrier posed to pedestrians, currently faced with crossing up to eight lanes of traffic in places. At junctions along the route the carriageway will have additional lanes to accommodate turning movements for traffic without causing congestion.

With the number of traffic lanes reduced along the route, it is proposed that cycle facilities be introduced to make the area more accessible and permeable for cyclists.  A segregated cycle route is proposed along the south west side of Strand Street, Goree, George’s Dock Gates, New Quay and Bath Street. This will be at carriageway level with cyclists protected from general traffic by kerbs.

Toucan crossings, which can be used by cyclists as well as pedestrians, are proposed at St Nicolas Place, Water Street, Liver Street & Salthouse Quay. These crossings will allow cyclists to continue safely along the route, and to link in with other cycle facilities.

Tithebarn Street is another of the routes which is being developed by the scheme. The proposed cycle route along The Strand will link in with the existing segregated cycle facility on Water Street. The two routes will be linked by a proposed Toucan crossing.

It is proposed to widen the footways and formalise parking within laybys and create two lanes of traffic along Victoria Street from North John Street to a point outside the former Millennium House Council office.

To allow buses space to layover in the city centre, without inhibiting traffic flow by waiting on street, it is proposed to replace the existing car park on Old Haymarket with a bus facility. This facility is to have capacity for eight buses. 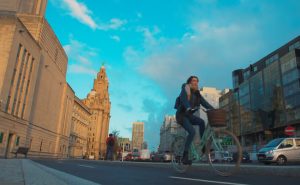 This is a long survey, but it is worth filling in questions 25-26 as you can add lots of comments regarding cycling facilities etc in the free text boxes there Ends 27 February 2022 https://liverpool.gov.uk/council/consultation-and-engagement/consultation/consultation-on-the-wellbeing-of-people-in-liverpool/ 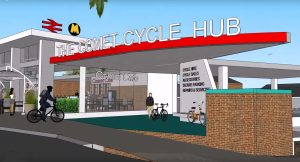 Liverpool City Region has a fly-through video of a proposed design for a new railway station in the Baltic Triangle. https://newliverpoolstation.commonplace.is/ 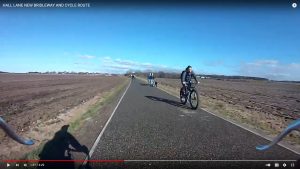 Hall Lane is in Sefton, Merseyside and this route links Hall Road and the coast, Gormleys Iron Men, to Little Crosby and beyond in both directions, it used to be a dirt track bridleway but has been resurfaced and widened, a nice handy little route.